Today P.O.R.T held a stand at the Big Bowel Event in Birmingham, run by Bowel & Cancer Research. It was a success, lots of awareness raised for P.O.R.T, people educated about Chronic Intestinal Pseudo Obstruction and Dysmotility and we also had the chance to raise awareness of the charity with researchers and dedicated professionals.

People were very interested in the charity and its work, many of whom commented that they had never heard of Pseudo Obstruction and wanted to know what it was, but everyone who asked about the charity were amazed at our achievements – more than £400,000 of research funded in 11 years and more projects in the pipeline and a growing support network of patients in the U.K. and around the world, enabling us to reach more and more people with CIPO/Dysmotility and their families.

Our Trustee Lucy Watts MBE held the stand at the event and participated in the round table discussions. Lucy spoke in detail with people about P.O.R.T and its achievements and our aims for the future, including with round table discussions mentioning the difficulties such as not knowing the incidence of CIPO in the U.K., reaching patients and finding enough patients to participate in the research due to it being a rare disease. Dysmotility is more common but the various types in themselves can be rare. Still, many people don’t know what CIPO or Dysmotility is, never having heard of it. P.O.R.T is determined to keep raising awareness of our charity and our work, but the conditions and the stories of people with these conditions. The round table discussions with researchers and talking through ideas meant Lucy has gleaned some ideas and information that could benefit P.O.R.T in future and help us to grow and develop.

Many flyers and CIPO booklets were handed out to people which is fantastic, in addition to all the people who are now aware of the condition and of P.O.R.T charity. We are very grateful to Bowel & Cancer Research for their support. They have been supporting us for a year now and have allowed us use of their grants committee to review and discuss research projects, that then go out to peer review and allow us to put out formal calls for research projects to find suitable research projects to consider in the first place. Chief Executive of B&CR Deborah Gilbert has been a huge support for the charity, helping us to grow and develop and we are very grateful for her support. At the Big Bowel Event, Chairman Paul Reynolds spoke very highly of P.O.R.T and our work and said he is proud that B&CR can support small but very important and very dedicated charity like P.O.R.T. So thank you to Bowel & Cancer Research for their support. It was Bowel & Cancer Research who invited us to hold a stand at the Big Bowel Event too, for which we are also grateful.

We are determined to develop and grow, fund more research and change and save lives. Can you support us to do so? P.O.R.T is run entirely by volunteers and being a rare disease, many people don’t know of the condition and as such it’s hard to find people who can fundraise for us. Research projects cost in the region of £50,000-£60,000, so if we want to fund one project per year we need to raise at least £50,000 per year. Can you help us to do so? 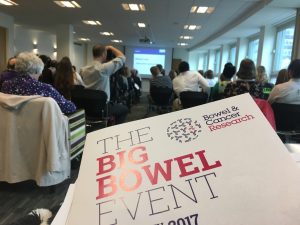 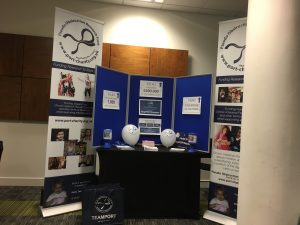 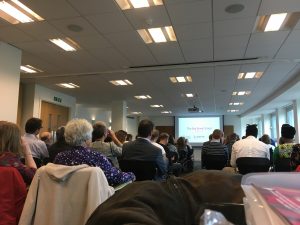 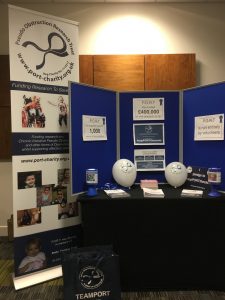 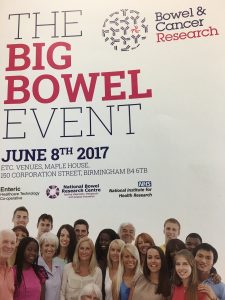 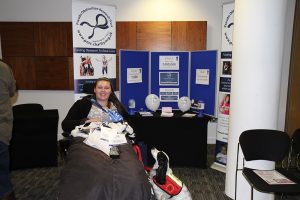