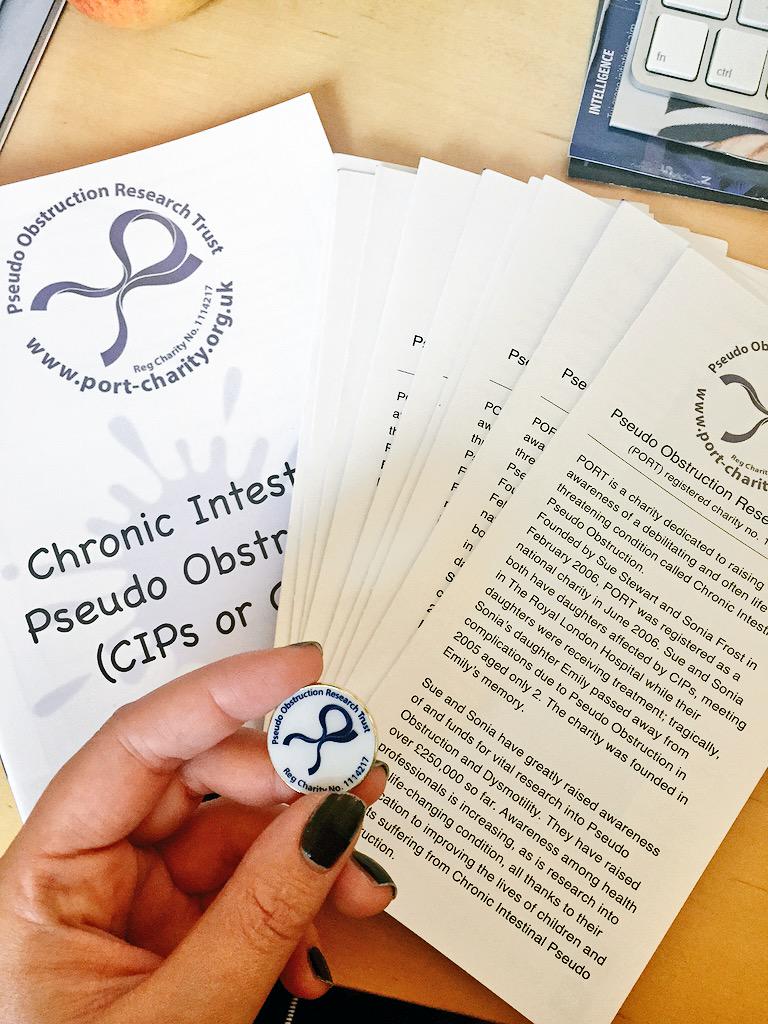 Welcome to the Pseudo Obstruction Research Trust (P.O.R.T.) Website. P.O.R.T. was formed in February 2006 by two families who have children who have died from Chronic Intestinal Pseudo-obstruction (C.I.P.O.) or are still suffering from this illness. The aim of the charity is to fund research into C.I.P.O. and raise public and professional awareness into this serious and sometimes fatal illness. With £750,000 of research and equipment funded so far, we need support to raise a minimum of £50,000 per year to fund this research.

The Pseudo Obstruction Research Trust (P.O.R.T.) was formed by Sue Stewart (Chairperson) and Sonia Frost (Trustee) in memory of Sonia’s daughter Emily Jasmine who passed away in 2005 from complications of CIPO aged only 2.

P.O.R.T.’s mission is to fund research into CIPO, raise public and professional awareness of the condition and improve understanding of and treatment options for CIPO. Team P.O.R.T., as we call ourselves, have donated over £750,000 towards research and have funded projects such as Professor Jo Martin’s enzyme defect research and Professor Qasim Aziz’s research into the relationship between Ehlers-Danlos Syndrome and CIPO, as well as other research projects at The Royal London Hospital and Great Ormond Street Hospital. The charity also provides support to patients and their families, we offer a Facebook support group and we’re always open to people messaging and emailing for support and advice. We cannot give medical advice, but we can point you in the right direction.

P.O.R.T. always needs support and people to fundraise, so if you or your friends/family fancy raising some money, doing a sponsored challenge, organising an event, doing a cake sale, coffee morning or similar, asking your local shop if they’ll put a collection tin on their counter or supporting us by making a donation, then this will be greatly appreciated.

What is our mission?

P.O.R.T., whilst primarily a research trust, also supports patients with these conditions. We do this via our Facebook Support Group, and via emails, phone contact and even visits. We also held a Patient Information Day in October 2015. We have developed a booklet for patients, and hope to produce more patient-facing literature in the future, as well as the information we have readily available on this website.

Our Chairperson is Sue Stewart, who does all the running of the charity.

However, we consider all our supporters (often styled supPORTers) part of Team P.O.R.T. and greatly value and appreciate their support; without them raising funds and awareness, P.O.R.T. could not continue. Could you become a part of #TEAMPORT and support the charity? If so, don’t hesitate to contact us. 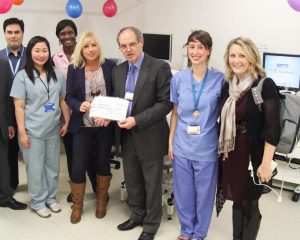 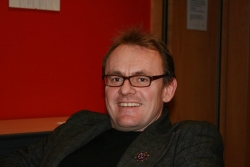 Our first fantastic Patron is Sean Lock. He has organised events and raised funds for us, we are very proud to have him as part of #TEAMPORT.

Sean Lock is one of the UK’s most highly acclaimed 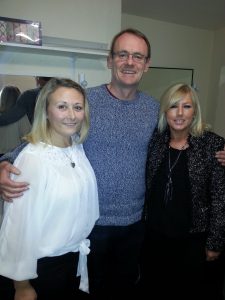 and original comedians, making his stage debut over fifteen years ago. His stand-up is the product of a hyperactive imagination combining hilariously surreal imagery and insightful observations on the human condition.

Sean is a regular at London’s Comedy Store and has appeared at all the major festivals around the world including Edinburgh, Melbourne, Montreal and the Stavanger Humorfestivat in Norway.

Sean has performed in some of the most successful live shows of recent years, beginning in 1995 when he collaborated with Bill Bailey on Rock, the much misunderstood music industry spoof later to be serialised on BBC Radio One.

Our second Patron is Zander Fagerson. He is a Scottish International rugby union player who plays for Glasgow Warriors in the Pro 14.

Zander had not heard of Chronic Intestinal Pseudo Obstruction (CIPO) until he met Louise MacDonald, and her mum Carole, who told Zander there was no cure. ‘For me personally I think that’s unacceptable with the level of expertise in medicine. To then see Louise, at the rugby, and how happy she was there, supporting Glasgow and Scotland, forgetting about her condition and enjoying the day really got to me. This is why I am proud to become a Patron/Ambassador for PORT. I may not be able to find a cure, but if I can raise a bit of awareness or get a few more sufferers to a rugby game and try and give them some relief , however small, I would feel I was making a difference.’  Zander has also donated signed rugby sportwear for auction, to support PORT.