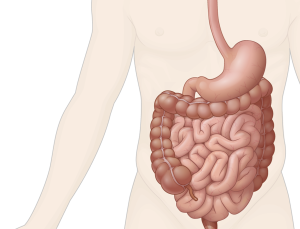 CIPO is a disorder of the digestive system (also known as a motility disorder) that effects the movement of contents through the intestinal tract. Although it usually affects the small intestine and large bowel, some people experience difficulties linked to their oesophagus and/or stomach. The expression ‘pseudo-obstruction’ is used to describe the disorder because patients have symptoms usually associated with an obstruction somewhere in the digestive tract and yet no physical obstruction is present. It is caused by problems with the nerves and/or muscles of the gut impairing peristalsis, which propels food, fluid and air through the gastrointestinal tract, meaning the peristalsis is uncoordinated, weak or even absent.

Although it is rare, it can be life threatening and can often affect infants. Children/Adults with intestinal pseudo-obstruction are not able to eat normally because of symptoms that may include pain, abdominal distension, nausea, high volume vomiting, diarrhoea or severe constipation. This can result in becoming under nourished because the body is unable to absorb sufficient nutrients, or because eating is restricted to avoid unpleasant symptoms after food. Pseudo-Obstruction causes severe pain requiring opioid analgesics often on a daily basis.

In many cases extra nutrition is needed and this can take the form of nutritional supplements or taking nutritional ‘feeds’ directly in the stomach, or into a vein. As a last resort Total Parental Nutrition – TPN (the slow infusion of a solution of nutrients into a vein through a surgically implanted catheter) is considered, although complications associated with the long term use of TPN include infection and liver failure, which can be difficult and life threatening sometimes necessitating small bowel and liver transplantation 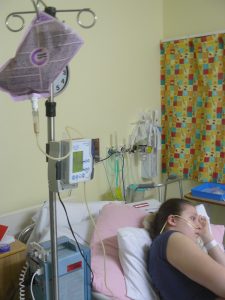 Some CIPO sufferers are able to benefit from small, frequent meals. Others are unable or unwilling to eat because of the severity of their symptoms. For those unable to eat, nutritional support may be provided using predigested liquid diets that are fed through tubes placed into the stomach or intestines (enteral feeding). 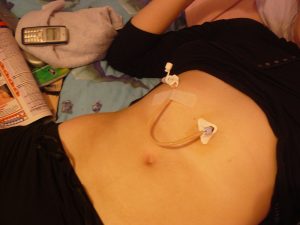 Gastrostomy feedings are not effective when the obstruction occurs in the stomach. In that case, a third method involves feeding through a jejunostomy (J-tube). A jejunostomy feeding tube is surgically placed in the small intestine (jejunum). Both the gastrostomy and jejunostomy can act as an outlet if needed to decrease pressure and pain in the bowel 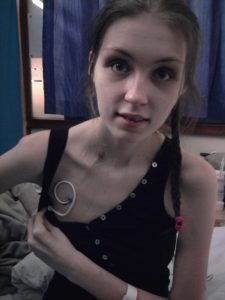 Parenteral (i.e., not enteral) nutrition is considered if gastrostomy and jejunostomy prove ineffective. Parenteral nutrition is the slow infusion of a solution of nutrients into a vein through a catheter, which is surgically implanted. This may be partial, to supplement food and nutrient intake, or total (TPN, total parenteral nutrition), providing the sole source of energy and nutrient intake for the patient. Complications associated with long-term use of TPN include infections and liver problems, which can be difficult and life-threatening.

Chronic Intestinal Pseudo Obstruction is a condition in its own right. It is caused by a problem with the nerves and/or muscles of the the small and large bowel, but it can affect other areas from mouth to anus including the stomach and oesophagus, and even the swallowing muscles. CIPO arising in the nerves is neuropathic and in the muscles, myopathic.

CIPO can however be caused by a number of conditions and events/surgeries: 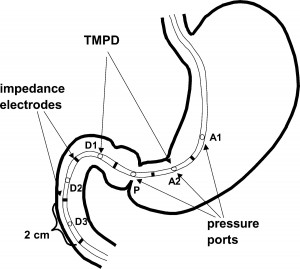 Numerous tests can be used to diagnosed Chronic Intestinal Pseudo Obstruction but no one test can say you definitely have the condition. It is more of a group of tests can suggest the condition along with a medical history and the ruling out of other conditions.

Diagnosis of CIPO includes the key tests which are an antroduodenal (small bowel) manometry and full thickness biopsies, the latter which must be taken in an operation under general anaesthetic. In the manometry, a tube is passed up the nose, down the throat, into the stomach and then through into the small bowel. Here, the sensors in the tube measure contractions in both strength and coordination. You can be awake for this test. In the full thickness biopsies, you will be put to sleep and an incision made so they can access your bowel and take a tiny bit of bowel out, the bit will incorporate every layer of the bowel so that the pathologists can examine each layer of the bowel to understand more about the condition, look at what’s going on and also give a diagnosis based on this, in conjunction with other tests.

However, a variety of other tests can be useful in the diagnosis of CIPO, even if only to rule out other conditions. These all assess the condition or function of different parts of the digestive system; they indicate what other areas of the digestive system are affected and possibly see why. These include: endoscopies to look inside the digestive system, usually to rule out other conditions (a gastroscopy or colonoscopy), electrogastrogram to measure the contractions in the stomach, PH probe to measure the acid in the stomach and also test for gastro-oesophageal reflux, oesophageal manometry to measure the contractions of the oesophagus, barium swallow or videofluoroscopy to look at the swallowing process to check for any problems such as aspiration (inhaling) of food and fluid, barium meal to look for narrowing in the bowel and to see how quickly things move through, barium follow through to look at the function of the colon and anorectal manometry to look at the function of the last part of the colon, the rectum and anal sphincter, and the sitzmark study to look at how far some beads get through the gut in a certain time frame to look at function and speed of the passage of food and fluid through the gastrointestinal tract. This is not an exhaustive list. Blood tests can be useful to look for nutritional deficiencies and anaemia as a result of the gut problems, as nutritional problems are extremely common in CIPO. 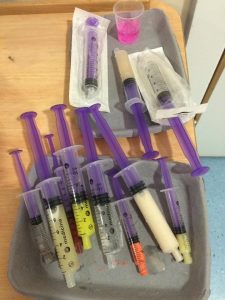 Medications called prokinetics can help speed up the passage of food through the gut. Prokinetic (also called Gastrokinetic) drugs include Domperidone, Erythromycin, Metoclopramide, Prucalopride (Resolor), Linaclotide (Linzess), Mirtazapine and Tegaserod (list not exhaustive). These drugs speed up the contractions of the gut to propel food through quicker.

There are drugs to help relieve constipation such as Movicol and Lactulose and other drugs including Bisacodyl, Senokot, Glycerin suppositories, Sodium Picosulphate, Sodium Phosphate, Ducosate, Magnesium Citrate and Magnesium Hydroxide. Constipation relief involves oral or gastric/jejunal tube solutions and tablets which pass through the gut, drawing water into the stool to make it softer and easier to pass, drugs to stimulate the gut to contract harder and faster, and enemas to wash the bowel out and suppositories to stimulate the bowel via the rectum. 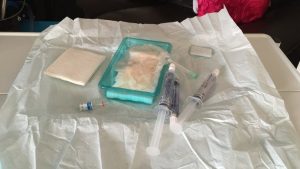 Also common are symptom-relieving drugs such as antiemetics (anti-sickness) such as Cyclizine, Metoclopramide, Ondansetron and Prochlorperazine, antispasmodics to reduce spasms, such as Buscopan, and painkillers, however the latter can drastically worsen symptoms as they slow the gut down, especially opioid painkillers such as Morphine, Fentanyl, Oxycodone and Tramadol.

Treatment aims to reduce symptoms and improve the movement and function of the gut. Sufferers will most likely be on a combination of different drugs. There is no magic pill, what works for some people doesn’t work for others, and it’s a case of trial and error to find the right drugs and the right combination to reduce symptoms and improve your gut function.

Surgery should be avoided in CIPO where possible, as it can have a detrimental effect on the function of the digestive system. However, surgical procedures like the formation of an Ileostomy (where the end of the small bowel is brought out onto the surface of the abdomen and a bag is worn over it to collect waste) can bring great relief to patients with CIPO and can improve gut function, even to the point of allowing patients to come off TPN and manage on tube feeds, or simply be able to eat small amounts of food for pleasure. A colostomy is a similar operation, but the colon is brought out onto the surface of the abdomen rather than the small bowel. This is used less frequently in CIPO patients because usually the colon needs to be bypassed. Other procedures include a Caecostomy tube, where a tube is inserted through the abdomen into the caecum, the very first part of the colon, and medication is flushed into the top of the colon through this tube, rather than giving enemas via the back passage.  Other common surgeries in CIPO are the placement of feeding tubes or central lines.

If all treatment options have failed and the patient will not survive without it, a small bowel or multi-organ transplant may be necessary. This is a difficult procedure and is used as a last resort. It is still a procedure in its infancy but in patients where TPN is failing or central access has run out, or where liver failure has developed, it may be the only way the patient can survive. A multi-organ transplant can include the small bowel along with the liver, stomach, pancreas and/or large bowel, or a small bowel on its own can be transplanted.