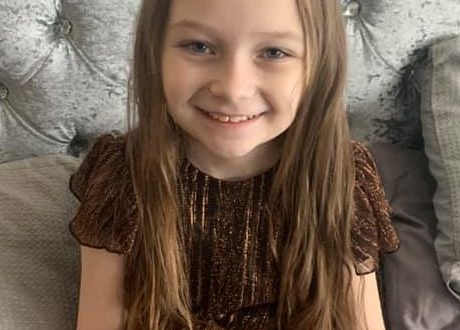 Isla is 9 years old and was born with a rare condition that has only been partly diagnosed. Her younger years were mostly spent in hospital, with her longest stay being 9 months. She has intestinal failure which is the umbrella of the diagnosis, which includes gastroparesis, pseudo obstruction, myopathic bowel disease. Due to this she is unable to eat or drink any food, as to put it simply her stomach is paralysed.

Isla has a central venous catheter that sits in the tip of her heart that allows her to feed intravenously for 16/18 hours a day. She has an ileostomy and a gastrostomy which is on a 24 hour drain. Isla recently had a big operation to remove her large bowel (intestine) as it had failed completely, and she was suffering with inflammation and serious complications that lead to a number of sepsis emergencies. She now only has her small bowel but unfortunately she still has the disease in her bowel that’s left. Her future is uncertain as no one is able to know how this will affect her life. You cannot live without your small bowel so if Isla starts to show signs that it is deteriorating the options for her are far more serious and we would need to consider listing her for transplant. We hope we never have to do this as this has complications and the outcome isn’t always straight forward.

On top of this Isla suffers from bladder issues and is on a daily protocol of antibiotics to stop reoccurring urine infections. Her liver is also showing early stages of liver disease caused by not being able to feed they way she should. Isla also has a kidney complication called nephrocalcinosis, where there is calcium growing on her kidneys. There is no known cure for any of Isla‘s medical conditions and her life is about managing them all.

Isla is getting older now so we don’t tend to share as much information about her health to respect her dignity, BUT most days she suffers pain and fatigue. Despite going through all of this at such a young age, Isla is a ray of sunshine and lives every day to the fullest as far as her health allows.

Sorry, no events matched your criteria.